This proposal has been approved and the AsciiDoc Language project has been created.

AsciiDoc has gained traction as a preferred choice for technical writing because it’s expressive, author-friendly, and tool agnostic. The AsciiDoc community has asserted that a specification for AsciiDoc is needed to solidify the ecosystem’s current foundation. We anticipate a specification will also provide pathways for new capabilities that adapt the language to the ever-changing technology landscape. The goal of this project is to produce that specification and its artifacts.

Specifically, the project scope includes the:

The project also provides the:

AsciiDoc is a comprehensive, semantic markup language for producing a variety of presentation-rich output formats from content encoded in a concise, human-readable, plain text format. It also includes a set of APIs for transforming the encoded content, extending the syntax/grammar and processor lifecycle, and integrating with tools and publishing platforms. Teams and individuals use AsciiDoc to write product documentation, technical specifications, architectural guides, scientific and analytical reports, academic courses and training materials, books, and other technical communication.

AsciiDoc bridges the gap between ease of writing and the rigorous requirements of technical authoring and publishing.

AsciiDoc is used across a spectrum of industries and communities, many that are associated with or members of the Eclipse Foundation. Being co-located with so many groups that are invested in AsciiDoc will provide a neutral and diverse forum for collaborating on and improving the language, its software, and related initiatives. Additionally, the Eclipse Foundation’s values of open source, transparency, and vendor neutrality are of the utmost importance to AsciiDoc and its community.

The .adoc extension was once associated with a now obsolete file format. Otherwise, we don’t know of any legal issues at this time.

The initial contributions are expected to be ready in Q2 2020. Once the initial contributions are accepted and the project infrastructure and team process established, the plan is to iterate on the specification and TCK in coordination with the compatible implementation project(s). The goal of the first, stable version of the specification is to match the AsciiDoc Language as described by Asciidoctor 2.0.x as best as possible to minimize syntax and structure impacts on active AsciiDoc documents, but not propagate deprecations.

Future functionality and activities will be driven by community feedback and their requirements. Proposed specification advancements could include: 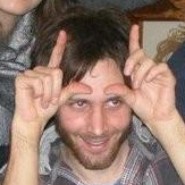 I use AsciiDoc to document:

This is my bias.

A friendly mark-up anchored to an industrial-strength document model is AsciiDoc's killer feature for me. I'm interested in reducing the impedance mismatches between AsciiDoc and DocBook.

Having this impedance reduced is also my principal ambition.

I want AsciiDoc to offer as many semantic markup as possible while remaining as lightweight as possible (otherwise I'd just write DocBook directly).

Considering this, here's the list DocBook tags of which an equivalent markup is missing from AsciiDoc (as far as I know) for my use cases:

I get that for many inline elements, you can use hash symbols with a custom class:

Is this the intention? If so, it's still not specified and up to the writer. I suggest to formalize this, using another syntax than the class attribute, for example:

Here are a few syntax improvement suggestions, in order of importance for me.

As a tech writer, what I use the most outside paragraphs are lists: unordered, ordered, and description.

Those lists often contain items which can get rather complex. I've always had a hard time dealing with list item continuation in AsciiDoc. I find the + syntax is annoying at best. Sure you can use open blocks, but you can't nest them:

Also, I find the "unnesting" syntax, where the number of newlines above the following + on a single line indicates how many levels to go back, very confusing:

Is this readable to you?

This issue (for me at least) includes the syntax to nest lists, where you use more *, more ., or more : depending on the list type when not using open blocks:

I know AsciiDoc does not rely on indentation usually, but what I'm suggesting is make an exception here, at least optionally, to nest lists and to continue list items, just like Markdown does. There might be limitations, but as far as I know I see none.

Here are the two previous examples reformatted to use identation to nest and continue items:

As mentioned above, you can't nest open blocks.

The suggested solution in the GitHub issue is to use ~~~~ to delimit open blocks, adding more ~ to nest them:

While this at least provides a solution, why not use a dedicated closing delimiter instead?

Here's an example, reusing the -- delimiter we know to begin an open block:

There might be forms that are more visually appealing. For example, using < to open and > to close on single lines:

In fact, why not use this strategy for any nestable block?

A block title is defined on a line above the element. The line must begin with a dot (.) and be followed immediately by the title text.

Sometimes the block title can be long, especially for example titles.

I often need non-breaking spaces. I use them between:

I suggest to have built-in shorthands for both of them. LaTeX uses ~ for a non-breaking space.

Should the AsciiDoc specification include an official macro language?

To add to this: I thought I was commenting the specification proposal here, but now I understand those are supposed to be project proposal comments. 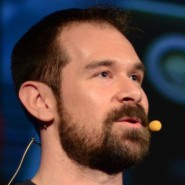 Thank you for taking the time to share this input. Indeed, these points are best suited for the AsciiDoc specification list once this proposal is approved and the mailinglist is up and running.

I do want to emphasize that the focus of this spec is not on creating a new language with new syntax, but rather to standardize and evolve (within reason) the existing syntax. We can and should address matters of semantics, but we're not aiming to fundamentally alter the syntax, such as changing the fences for delimited blocks (aside from the open block issue). An AsciiDoc document written today should still continue to work with the standard processor. Just something to keep in mind when we discuss enhancements to the syntax. 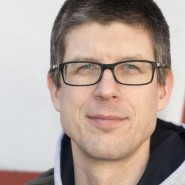 Scope ideas from an IDE perspective

I'm the current maintainer of the AsciiDoc IntelliJ plugin, and I'm taking the perspective of a IDE-plugin developer for this comment.

Please reply and let me know if you second any of these ideas for the scope of the proposals, or if you consider them part of the existing proposal.

From an IDE perspective I'd like to see the following elements to be part of the scope:

ad 2: The Asciidoctor HTML output already implements it by adding additional data attributes to some HTML tags, but doesn't attach it to all tags. It is currently based on line level. Future implementations could provide line and column information. Sourcemaps would be a method of implementation, but might depend on the output.

ad 3: I assume this is covered by either "Internal and external referencing system" or the Extension API "(path) resolvers", I just want to make sure either of them can be used for this.

ad 4: When retrofitting some Antora style behavior to Asciidoctor Ruby I used "prepend" to monkey-patch some of the necessary functionality. With a mechanism as described above this would not have been necessary.

Re: Scope ideas from an IDE perspective

Retrieve meta-information at runtime for auto-complete of macros, preprocessor-directives and attributes

Yes, I consider this part of the AST / DOM. Unlike the existing AsciiDoc processors, a standard processor should be able to capture and make available all the information about the parsed document. We'll need to work out how all that is stored, but it needs to be in there somewhere.

Mapping output to the source input, to allow the user to trace back an output in the preview to a source line

Yes, source-level information will be available for each parsed node, and perhaps even lower-level than that.

Extentions should provide an abstraction to the file system and references to allow advanced reference/content systems like Antora.

Great idea. That will come into play when we get into extensions. (We're not sure yet whether extensions will be in the main language spec or a supplemental spec).

Extensions should be ordered. They should be able to hook into the processing and delegate to a previous implementation. This way an extension could add an attribute to an existing macro, or convert an attribute's content before delegating it to the original implementation.

In general, just having source information for each node will help a lot here. I do like the idea that nodes self identify as having content that should be considered / processed by a spell checker...or perhaps something more high level. Certainly a great idea to consider.

All in all, the key point to keep in mind is that one of the key goals is to parse the language fully. When AsciiDoc began, it was a streaming processor that offered no access to a parsed document. Asciidoctor introduced a document model and parsed down to the block level. The standard language will require that mapping to be complete down to the lowest reasonable level, certainly inline nodes and maybe even characters. 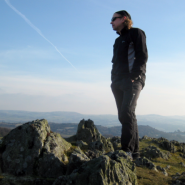