The Eclipse Kuksa 0.2.0 release main focus is on on integrating the cloud and in-vehicle with a holistic authorization and authentication system based on Keycloak. Apart from that several other interesting features and improvements have been introduced. On the cloud side we started moving the deployment layer to a terraform and helm charts based approach. The App Store now has consent functionality and is integrated with the IDE.

On the in-vehicle side the Keycloak integration has been implemented and also extended to the direct access API. Separated from the in-vehicle software stack version 0.2.0 contains also a hardware layout of a dongle to retrofit cars with in-vehicle functionality.

The Kuksa IDE is now realized as an Eclipse Che Plugin to establish an end-to-end workflow in the Eclipse Kuksa ecosystem from the IDE via the Appstore and Hawkbit to the device. As the In-Vehicle gateway can be run on different operating systems (Raspbian, AGL, Debian etc.) or hardware architectures (arm64 etc.), In-Vehicle applications will be provided in a generic way via docker images. Therefore, a build script allows to generate target-specific docker images. Based on a generated .yaml config file and a Python-based script, the resulting docker images can then be published to the app store and hawkbit respectively. 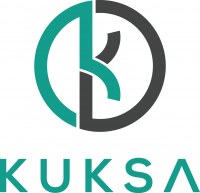