This proposal has been approved and the Eclipse Scanning project has been created.
Visit the project page for the latest information and development.

Diamond Light Source facility would like to share code for scanning which is possible to reuse at other facilities. The Eclipse Foundation provides a great foundation to do this. The code is in existence and being used to drive a major scientific facility so we would like a long term lifecycle for it. Eclipse foundation helps to provide this.

The Eclipse Scanning project provides infrastructure for coordinating the operation of scientific instruments, for example motors or detectors. It sequences the movements of these instruments (or devices) in order to scan different parts of the experimental space.

A simple usage of this function is as follows:

You can specify multiple detectors with a list (square brackets):

You can specify a scannable or list of scannables to monitor:

You can embed one scan path inside another to create a compound scan path:

The above invocation says "for each point from 0 to 10 on my slow axis, do

By default, this function will submit the scan request to a queue and

> # Skip the queue and run the scan now (but don't wait for completion).

> # Skip the queue and return once the scan is complete.

The Eclipse Foundation is the right place to collaborate for scanning because of the Science Working Group. This group has attracted several universities and software companies. The Eclipse Foundation gives the most opportunity for discovering new projects that scanning can make use of and add value to the scientists working at or visiting Diamond Light Source.

Currently the project has dependencies from two known non-eclipse sources, some apache ones (in orbit) and some other eclipse projects

In future, we plan to add new scanning algorithms to allow automation not only of mapping experiments but of macromolecular crystallography. In particular a new technique called VMXi.

We would like to present the project at conferences, specifically NoBUGS and icalepcs. 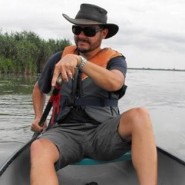 Hello have not asked Marcel and Wayne yet will do once things are pinned down and I have done some more editing of the proposal.