The middleware solution enables rapid prototyping for those high performance distributed meta-applications by providing the following base features: 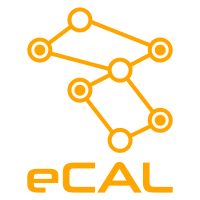