This is the initial release of Eclipse Hono with a strict focus on providing functionality for devices to publish Telemetry data and Events for consumption by applications connected to Hono.

When a device connects to a protocol adapter, Hono verifies the device's identity by means of username/password credentials thus establishing the source of the data being published. Consuming applications can then be sure that the data they receive really originates from the indicated device.

The APIs between the protocol adapters and Hono as well as the consuming solutions and Hono are defined in AMQP 1.0.

From an architectural point of view, the focus of this release is to create the inital version of the external AMQP 1.0 based APIs for interacting with Hono and to establish the Docker container based micro-service architecture used to implement Hono's functionality.

Using this approach, each of Hono's (micro-)services can be scaled out horizontally independently from each other. There are, of course, certain restrictions regarding the capcity of individual services for processing requests. For example, a single instance of Hono Messaging can process only that many messages sent by protocol adapters which results in a certain overall ratio between protocol adapter instances and Hono Messaging instances.

Users can implement custom protocol adapters in order to support transport protocols that Hono does not support out-of-the-box. Integration with Hono is done based on the public (AMQP 1.0 based) APIs of Hono's micro-services. Over time, the number of protocol adapters included with Hono is expected to grow, based on user contributions and evolving trends in IoT device protocols being used.

Hono's APIs have been designed to support end-to-end flow control between devices producing data and the back end applications consuming the data. In particular, AMQP 1.0 has been chosen as the transport protocol because of its inherent support for explicit flow control and propagation of back pressure, making sure that the system never accepts data from devices that it cannot process or offload to a downstream consumer.

There are no security issues known at the time of this writing.

Hono comes with a set of documentation in the following areas:

Hono itself does not include any components that are intended to be used by interactive users via e.g. a web UI. Instead, Hono provides a set of APIs that are intended to be used by application developers for interacting with Hono's services. These services include the upload of Telemetry data from devices, consumption of data in back end applications and the registration and management of device identities and credentials used for authenticating devices.

Since this is the first release of Hono, there are no deprecated or removed features (yet).

Hono's APIs are based on the AMQP 1.0 protocol which is a released OASIS standard. Authentication of clients is done based on SASL PLAIN as defined in RFC 4616.

The protocol adapters that come with Hono implement the server side aspects relevant for receiving data from clients (devices) of MQTT 3.1.1 and HTTP 1.0 respectively. Authentication of devices is done based on username/password credentials conveyed by the device as part of the MQTT CONNECT packet or the HTTP Basic Authentication header as defined by RFC 7617.

Internally, Hono's micro-services use JSON Web Tokens as specified by RFC 7519 for authorizing requests from each other.

The Hono team has been working hard to attract users, adopters and contributors using arbitrary channels.

Some of Hono's committers are also involved as committers on other open source projects that Hono relies upon, e.g. Apache ActiveMQ Artemis, Eclipse Kura, Eclipse Kapua, Apache Camel, Eclipse Vertx. Due to this fact, we are in close collaboration with these projects, trying to align the overall direction of Hono and particular implementation approaches with these projects. 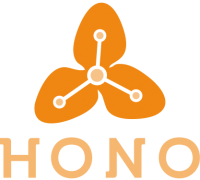