Eclipse EEF 1.6.0 will bring a brand new runtime and language in order to build your user interface. In this new version, the language will be less coupled with the metamodel of the user and with a similar approach as Eclipse Sirius, as such it will provide highly dynamic mechanisms to build an user interface.

This new approach will be based on an interpreted language, contrary to the old one which relied on generated code. You will also be able to use various kind of expressions based, for example, on the latest version of the AQL (Acceleo Query Language).

This new version of EEF will also let you customize declaratively advanced concepts like the style or layout of your user interface.

For the users of the "old" approach, don't worry, the old version (1.5.x) will still be released along this new one and the new version is contained in different plugins than the old one, as such both versions can be installed without conflicts.

The old EEF runtime may not be updated anymore apart from critical bugs affecting existing users.

This release comes with a brand new documentation and website. The old documentation has been retired from the website but it will still exist on the EEF Wiki and previous versions of the Eclipse Help Center.

The old Eclipse EEF runtime (1.5.x and before) may be deprecated in the future with the arrival of our new runtime.

Our work on a brand new version of EEF has been announced in SiriusCon 2015 and it will be shown for the first time during EclipseCon France 2016 in Toulouse. Several blogs entries will be realized for the release of the project in June.

This brand new runtime is reused by the Eclipse Sirius project and as such both projects have highly connected communities.

This release is part of Neon. 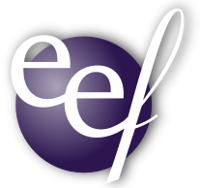