Oniro project serves as a solid base foundation for products. It is not a standalone product itself, but rather a platform that aims at accelerating the development and maintenance of other projects and products.

During this release, the project's code and most of its infrastructure moved to Eclipse Foundation as one of the top-level projects. This follows the fact that Oniro became an Eclipse Foundation project during a preview release iteration.

This release also brings to the market updated Linux and Zephyr kernels as well as toolchains and middleware components. 2.0.0 builds on top of 1.0.0's successes and learning experience, and delivers additional reference hardware, additional libraries and features.

The IP compliance notes, testing plan/results and security audit results, can be found in the Oniro v2.0.0 Release Documents. 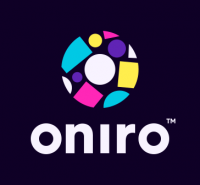