As an experimental feature we have introduced support for clang 3-8.

Clang comes with the promise of (significantly) reducing the build time , however at the expense of at a reduced execution speed of the generated binary.

This means that we will not recommended it for load generating applications in production phase, but even for these, it can be used during development.

The C++ source code generated and Titan must be compiled with the same version of clang.

We have published Titan built with clang-3.8 for a number of platforms.

(Note: If you need a Titan built with clang for a platform other than published, pls. let us know and we'll see if we can produce it for you;

else, you can build it from scratch yourself based on the source from github:

Makefiles of TTCN-3 projects must be modified by hand as below:

or regenerated using makefilegen, to use the clang compiler.

Makefilegen will check the version of the C++ compiler used when building Titan and will re-use the same in the generated Makefile.

• config parser/editor based on ANTLR 4

The config parser/editor was switched off in 5.4.0 as we could not finish ANTLR 4 migration in time.

• new legacy switches to be considered:

-B: allow selected union field to be unbound (legacy behavior)

• makefilegen -I option to include search paths in .tpd files

• activation of emergency logging when a test fails (optional)

• makefilegen support for commenting out OPENSSL_DIR based on tpd setting

A fourth plug-in,  a TTCN-3-Java  code generator made it's appearance in an incipient form.
The foundations of a debugger in the Titan core have been laid.

The config file editor has been reactivated after migration to ANTLR 4.

A SoC document was added to describe compatibility with the TTCN-3 Core language  part of the standard.

Lively acivity of the Eclipse Titan forum; some interaction in Bugzilla and github issues. 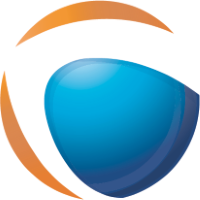