The initial scope of the EE4J project during late CY2017 and early CY2018 is to transition existing Java EE 8 technologies to the project and to define processes for evolving the platform:

EE4J is open to incorporation, integration, and support for innovations that enhance the development, deployment, and management of server-side and cloud-native applications.  These include innovations introduced in other open source projects, including closely related projects.   Eclipse MicroProfile is such a project that EE4J will review as a source of innovations for incorporation into EE4J.

The projects under this top-level project will be implemented in Java. These projects support many different hardware, OS, and database environments to meet the needs of developers, administrators, application end users, vendors, and partners. 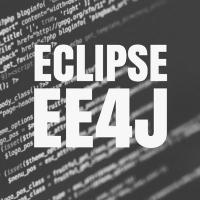