Early IoT applications, especially those addressing the  consumer market, have been embracing cloud-centric architectures in which data is pushed up to the cloud. It is within the cloud the everything takes place before eventually pushing some data or action back to the edge. This architectural approach leverages the availability and operational maturity of the cloud but it is not generally applicable in  IoT /  Cyber Physical Systems (CPS). 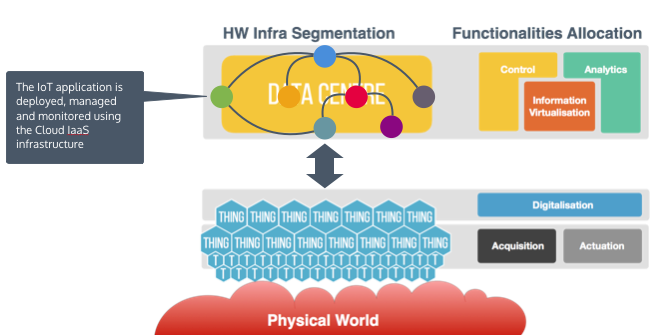 The cloud-centric paradigm quickly shows  its limitations in the context of Industrial IoT (IIoT) and in general with Cyber Physical Systems (CPS). More specifically, the following assumptions, at the foundation of cloud-centric architectures, are generally violated in IIoT applications:

Fog computing has emerged as an architectural approach to deal with the limitations exposed by cloud-centric architectures in the context of CPS and IIoT applications. fog05 is an infrastructure designed from first principle to address the needs of  fog computing.

Eclipse fog05 provides  a virtualised infrastructure that allows to distribute computing, storage, control and networking functions closer to the users along a cloud-to-thing continuum. From this description it should be clear that  fog05 can leverage cloud infrastructure or equally function without it. 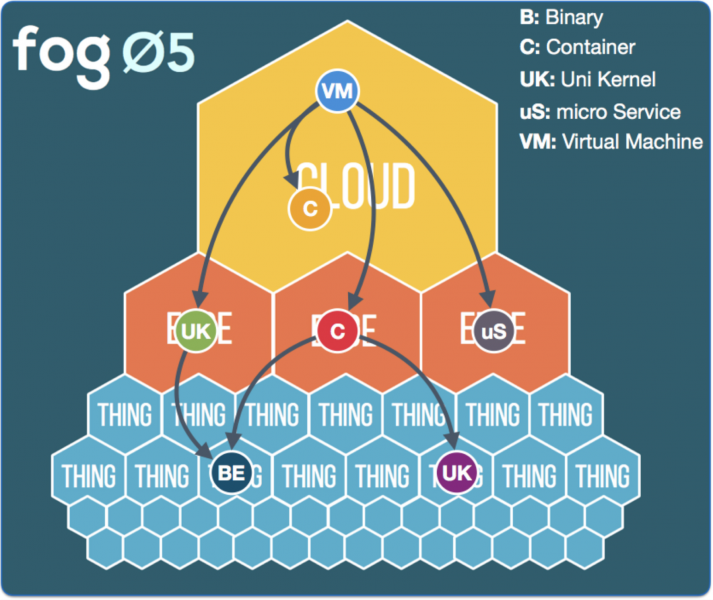 fog05 makes available a set of abstractions to unify the compute, storage and communication fabric end-to-end, thus allowing applications to be managed, monitored and orchestrated across the cloud to thing continuum.

In other terms, fog05 provides the same abstraction of an elastic compute, storage and communication fabric but in a decentralised fashion. The main advantages of this architectural approach, when compared with cloud computing, is the ability to keep the data and the processing close to where it makes the most sense, which in many cases is close to where the data is produced.

Finally, it is worth mentioning that the "5" in fog05 beside representing the letter "S" in hackers jargon, it refers to 5G and specifically to Multi-access  Edge Computing. fog05 addresses the needs of MEC and is compatible with ETSI MEC manifests.