This is a security-fix for CVE-2014-9390, which affects users on Windows and Mac OS X but not typical UNIX users.

* We used to allow committing a path ".Git/config" with JGit & EGit that is

running on a case sensitive filesystem, but an attempt to check out

would have clobbered ".git/config", which is definitely not what

the user would have expected.  JGit now prevents you from tracking

a path with ".Git" (in any case combination) as a path component.

* On Windows, certain path components that are different from ".git"

".git/config".  HFS+ has a similar issue, where certain unicode

codepoints are ignored, e.g. ".g\u200cit/config" is treated as if

it were ".git/config".  Pathnames with these potential issues are

rejected on the affected systems.

A big "thanks!" for bringing this issue to us goes to our friends in 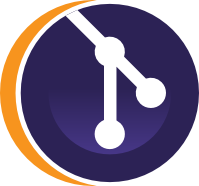