This proposal has been approved and the Eclipse OMR project has been created.
Visit the project page for the latest information and development.

Building the runtime technology for a new language to match the capabilities of existing mature languages typically requires tremendous effort over decades and, in some cases, never happens because language adoption rates never justify the needed investment. But many of the technologies required are actually not substantially different than the technologies that have been created for existing languages. There are always quirks and peculiarities for each language, but the fundamental technology is really very similar in nature. What makes it extremely difficult to repurpose existing technology for a new language, however, is that the effort to create a new language runtime typically focuses almost entirely on the shortest path to becoming operational for one particular language. “Shortest path” typically means specializing the technology for that language which impedes reuse for other languages. This process has already been repeated many times for many different languages, resulting in several challenges that affect all communities to varying extents:

One approach to improve this situation is to build other languages within an existing mature runtime environment like Microsoft’s Common Language Runtime or a Java Virtual Machine. For example, Scala, Groovy, jRuby, Nashorn, and many other language projects leverage the Java Virtual Machine (JVM) to run code written in other languages. None of these projects, however, have become the de facto implementations for their target language, in part because the JVM is primarily designed and continues to make implementation trade-offs so as to run Java code very efficiently but not necessarily other languages. The implementation trade-offs needed to support other languages require and encourage workarounds and complexity that would not be needed were it not for the fundamental design constraints (i.e. the “Java-ness”) of the JVM itself. For reasons like this, most languages have a native C or C++ runtime implementation that is considered the reference implementation for the majority of that language’s users. More significantly, however, the success of this kind of approach depends on migrating a community from one runtime implementation to another, across what can be a significant number of implementation differences that manifest for developers and users as varying forms of “my program doesn’t work the way it used to work”. To date, very few large language communities have been able to succeed with this scale of migration.

A second approach could be to build new runtime components from scratch that are designed from the outset for reuse. But building even one runtime for one specific language is incredibly hard. Building such componentry to support any runtime but without any specific stakeholder (while conceptually every stakeholder) is almost guaranteed to fail.

Neither of these two approaches seems like a sure bet, but the idea to leverage a mature JVM’s core technology feels like the best direction. The JVM technology already exists and has proven itself for at least one mature language community. But bolting other languages on top of Java semantics has not yet shown to be a broadly viable solution.

Instead, we propose to reorganize the runtime components of an existing commercial JVM implementation (the IBM Developer’s Kit for Java) to separate the parts that implement Java semantics from the parts that provide key runtime capabilities.

The OMR project will be formed around these latter language independent parts: a runtime technology platform consisting of core components as a toolbox for building language runtimes. An ecosystem of developers working together to augment the capabilities of this platform while collaborating with developers for tools and frameworks simultaneously fosters industry-wide innovation in managed runtimes, the languages they implement, and the collection of frameworks and tools that will accelerate our industry’s ability to build even more amazing things.

The OMR project consists of a highly integrated set of open source C and C++ components that can be used to build robust language runtimes that will support many different hardware and operating system platforms. These components include but are not limited to: memory management, threading, platform port (abstraction) library, diagnostic file support, monitoring support, garbage collection, and native Just In Time compilation.

The long term goal for the OMR project is to foster an open ecosystem of language runtime developers to collaborate and collectively innovate with hardware platform designers, operating system developers, as well as tool and framework developers and to provide a robust runtime technology platform so that language implementers can much more quickly and easily create more fully featured languages to enrich the options available to programmers.

Our unit/component test infrastructure requires the use of Google Test framework (1.7.0) to run which is distributed under the “New BSD” license. We have not yet consulted for a legal opinion, but our understanding is that the New BSD license is not incompatible with the EPL 1.0 license although there are specific requirements we will need to meet. In particular, we would need to include the required notices and disclaimers for the Google Test framework as a small constituent part of this project.

The test infrastructure also requires the use of pugixml 1.5 which is distributed under the MIT License.

The port library in the first drop includes two files (auxv.c and auvx.h) from Auxiliary Vector Library, which is another open source project contributed by IBM. It is distributed under the “New BSD” license.

The name "OMR" has been previously owned in Canada (Application number 0566581 and Application number 1196558) and in US, but records indicate the owner has abandoned or has not renewed the name for the last 10 years.

The initial contribution can be made available as early as January 2016 when we complete all the review and approval process.  Additional components will be going open with an approximately monthly cadence with

The initial focus will be to move our existing code base into the open project and establish the base core componentry. We hope to engage with partners to extend the list of supported platforms as well as begin to work with different language communities to start the adoption process to leverage the OMR components in language runtimes. 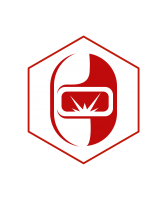