Broker:
- Fix incorrect datatypes in `struct mosquitto_evt_tick`. This changes the
size and offset of two of the members of this struct, and changes the size
of the struct. This is an ABI break, but is considered to be acceptable
because plugins should never be allocating their own instance of this
struct, and currently none of the struct members are used for anything, so a
plugin should not be accessing them. It would also be safe to read/write
from the existing struct parameters.
- Give compile time warning if libwebsockets compiled without external poll
support. Closes #2060.
- Fix memory tracking not being available on FreeBSD or macOS. Closes #2096.

Build:
- Provide a mechanism for Docker users to run a broker that doesn't use
authentication, without having to provide their own configuration file.
Closes #2040. 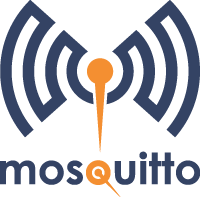