This release includes improvements and new features on many levels, ranging from new framework features to more mature APIs for extensions and a long list of new available extensions.

The binding APIs are pretty stable and in wide use by now and also the new rule engine has matured and can be used productively.

Major work went into the Paper UI as the reference administration user interface. It supports GUI driven system configuration of the majority of features.

With respect to configuration, a fully new approach is now in place for textual configuration: The RCP-based "Eclipse SmartHome Designer" has been deprecated and is no longer a project deliverable in favor for the new Language Server Protocol (LSP) support that this built into the runtime and which enables external editors to provide similar features as it has been done by the Designer.

With this release, the project switched to EPLv2. 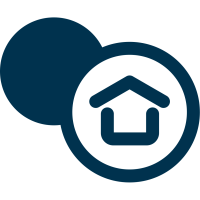