Eclipse JNoSQL is a compatible implementation of the Jakarta NoSQL specification, a Java framework that streamlines the integration of Java applications with NoSQL databases. 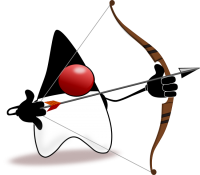