Eclipse Package Drone™ is a software artifact repository where OSGi™ bundles are first class citizens. The basic idea is, that through some process, be it a build or some manual upload, OSGi bundles get deployed to the repository. This can be restricted to specific named channels. In that way it is possible to tweak the code and the build process to a point where the developers are satisfied with the state of the channel and then it can be made public (e.g. a release). That means for a user of such a channel, it will always have a consistent state, and its not only half there because some build broke in the middle. Metadata to the artifacts can be deployed and will be stored alongside the artifacts (e.g. maven checksum files), alternatively they can also be either extracted from the uploaded artifacts (e.g. OSGi bundle name, file size, ...) or created automatically (e.g. checksums) through a so called channel aspect.

On the other side, artifacts can be consumed by other parties. That could be a build process, but it also could be the Eclipse IDE in the shape of a software site. Package Drone provides different views on its stored artifacts. So the same bundles can be provided as repositories of different formats: P2, OSGi R5 or even as apt or rpm repositories. Through its extensible nature it is easily possible to support other formats as well.

Package Drone can for instance jump in the gap in the beginning of a software project, where you might already have some software developed but the whole deployment process is not finished. Lets say you want to provide one or more bundles for testing, then with Package Drone you just throw it into a channel and any interested party can use it as an Eclipse update site.

Or you are a user of bndtools and want to use a P2 site. Thats not possible unless somebody writes a repository adapter for P2. With Package Drone you can just import an existing P2 site (or deploy to it through Eclipse Tycho™) and have it available as a R5 repository which in turn can be used by bndtools out of the box.

Package Drone is intended for use by a local developer team, not as a central instance (like Maven Central). 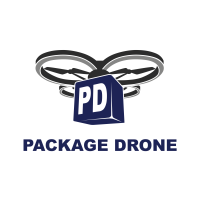